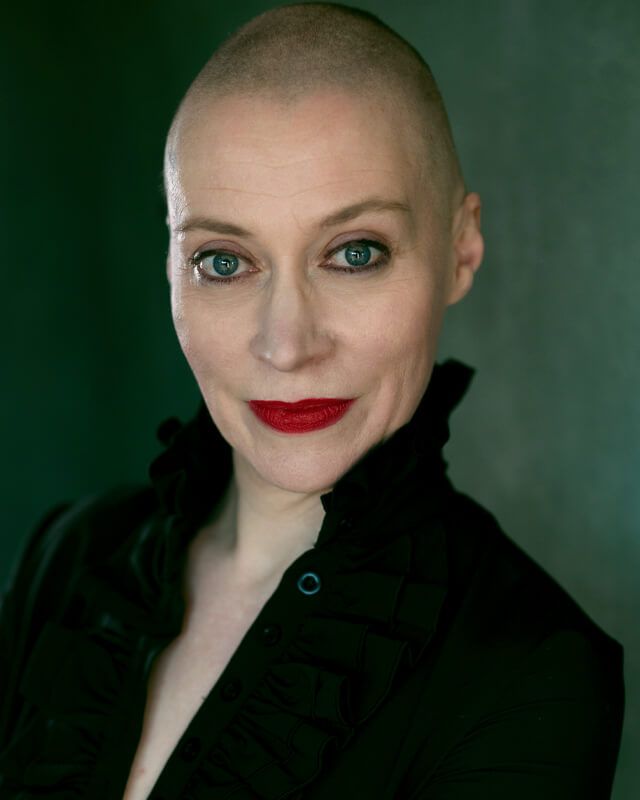 Emily Carding was born in Stoke-on-Trent, England. They attended St. John Fisher High School, before moving on to Newcastle Upon-Lyme College, where Emily made their acting debut playing Death in "Blood Wedding." After high school, they attended Bretton Hall, gaining their BA in Theatre Arts.

Upon graduation, Emily made their professional debut as Portia in "The Merchant of Venice" before taking over a decade break from acting to raise their daughter. Returning to acting, Emily completed their MFA in Staging Shakespeare from the University of Exeter, giving them the skills and contacts needed to make their own work. Amongst their numerous theatre works are solo shows "Hamlet (an experience)" and "Richard III (A One Woman Show)"; both co-created with Brite Theatre, which have toured internationally to great acclaim. For these productions, Emily won, amongst others, the Performance Award at Prague Fringe, the Bobby Award at Edinburgh Fringe and Best Actor Award at Babel Fest Romania.

In 2018, Emily was commissioned by London Science Museum to create a solo piece inspired by Mary Shelley's "Frankenstein". The show, "Quintessence" won the Outstanding Theatre award at the Brighton Fringe in 2019. Other companies they have worked with include Shakespeare’s Globe, Blue Devil Theatre Company, and Open Bar Theatre.

Emily has appeared in versions of over twenty of Shakespeare’s plays on stage and screen, and amongst their many roles performed as Mercutio, Prospero, Tamora, Titania, Oberon, Bolingbroke in "Richard II", Jaques in "As You Like It" and the title role in "Hamlet", in a full cast version of the play. Over lockdown they were involved in numerous productions online for The Show Must Go Online, most notably as Claudius in "Hamlet".

As well as stage, Emily has been prolific on film, playing opposite “Sherlock's” Martin Freeman in the British horror film "Ghost Stories" and as Lady Ross in "Macbeth the Film", shot entirely on green screen. Most recently, Emily was nominated for Best Supporting Actor at the Rainbow Umbrella Film Festival for the short film "Sugarbabies".

TRIVIA: Emily is also a published writer; having just released So Potent Art: The Magic of Shakespeare, as well as author of several highly popular Tarot decks including Transparent Tarot and Tarot of the Sidhe.