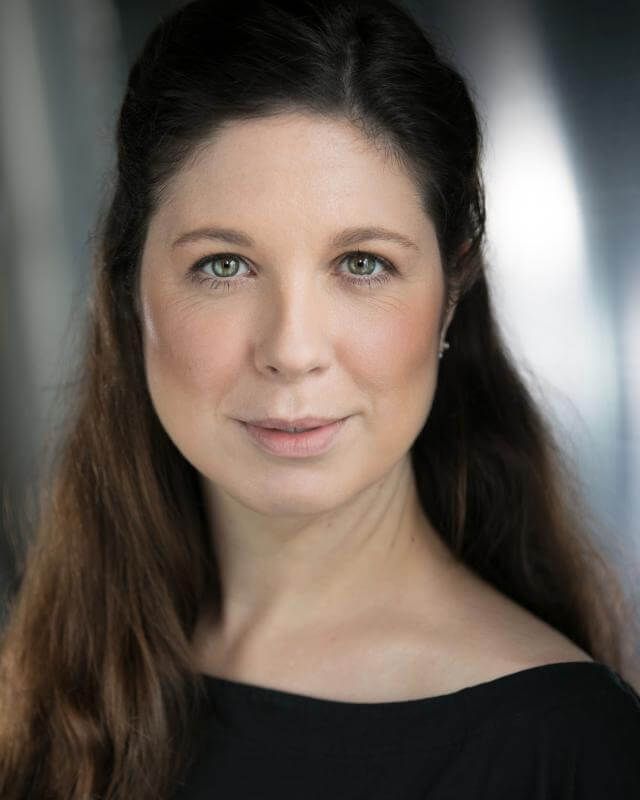 Sarah Whitehouse was born in Birmingham, England. She attended the Birmingham School of Acting, graduating with 1st Class Honours. The same year she made her professional debut as the lead role in Terence Rattigan's "Separate Tables" (later transferring with the show to the Regent's Centre).

Sarah's career has spanned stage, film, TV and radio; performing the works of playwrights Agatha Christie, Anton Chekhov, Arthur Miller, Jim Cartwright and Shakespeare (among others). Sarah's first role in Shakespeare was First Witch in "Macbeth" at the Pentameters Theatre, and since then has done over fifteen different Shakespeare plays, embodying such iconic roles as Helena, Viola, Lady M and Mistress Ford.

Misanthropos is actually not Sarah's first time doing Shakespeare on film. In 2009 she played Goneril in the feature film "Life Goes On" (based on "King Lear")

TRIVIA: Sarah is also a gifted voice artist, and since 2010 has been a regular narrator for the audio books of the Royal National Institute of Blind People. She is also featured in numerous Audio Dramas; performing alongside Michael Sheen, Juliet Stevenson, Alison Steadman and Downton Abbey's Laura Carmichael.